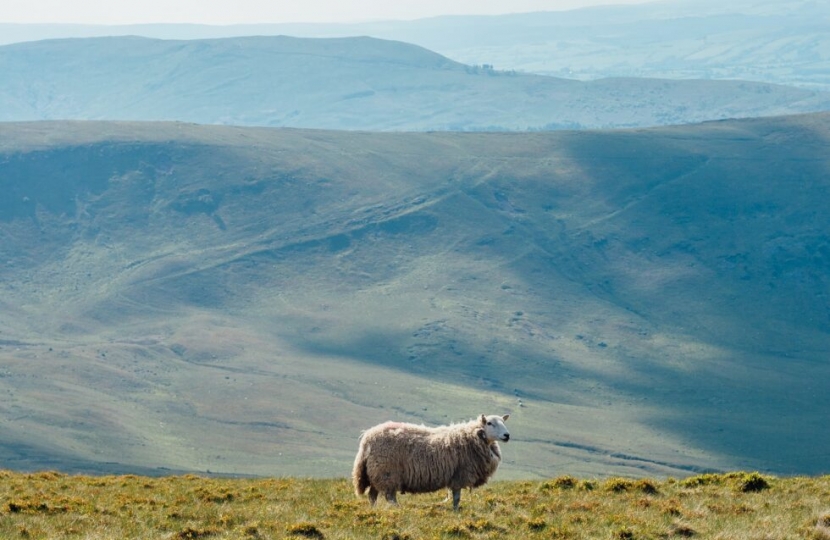 The issues that were discussed at the meeting covering a number of topics from farm thefts to illegal off roading and fly tipping and the urgent need to address the issue of rural crime, which is going unchecked in Brecon and Radnorshire.

“The meeting held with industry representatives and residents from across Brecon and Radnorshire raised many concerns affecting our rural communities. The issues highlighted were livestock worrying, dog thefts and illegal off roading to name but a few. The diverse issues raised clearly show that Dyfed Powys Police need to find new and innovative ways to deal with rural crime and ensure criminals get caught and punished. Getting the publics views and solutions to problems are key and that is why I am committed to holding public forums to discuss rural crime and a number of other topics so the residents of Brecon and Radnorshire can have a direct say and influence on my policy making decisions if elected to Cardiff Bay ”

A major issue raised was the growing instances of rubbish being dumped. Fly tipping is a growing problem for farmers.  This is not just a few bags or a sofa.  There have been instances of huge scale dumping, up to 20 tonnes at a time, made up of really hazardous waste such as asbestos.  This is the only crime where the victims – the Landowners – have to pay to clear the mess up and then pay to dispose of the rubbish.

“It is always incredibly valuable to hear directly from people affected by crime and antisocial behaviour. The cost of crime is never just financial. We heard today the huge emotional and environmental cost that rural crime can have too. If elected on 6th May, I want to tackle these issues head on by giving Dyfed-Powys Police more officers on patrol and access to the latest technology to help fight this sort of criminal behaviour.”

NFU released data in 2019 showing rural crime at an 8 year high with over £54 million worth of equipment and other property stolen.  It is more than just financial costs to the rural businesses and to the insurance companies.  Theft can have massive day to day effects on the running of the farm business.  It has a huge emotional toll, giving a sense of violation and intrusion, leaving farmers feeling unsettled and vulnerable.

James Evans MS has questioned the Welsh Government's purchase of Gilestone Farm, Talybont on Usk for £4.25m.   James has been inundated with emails from constituents expressing concerns over this purchase, the proposed future use for the site and whether due diligence was followed.  The recent Pu