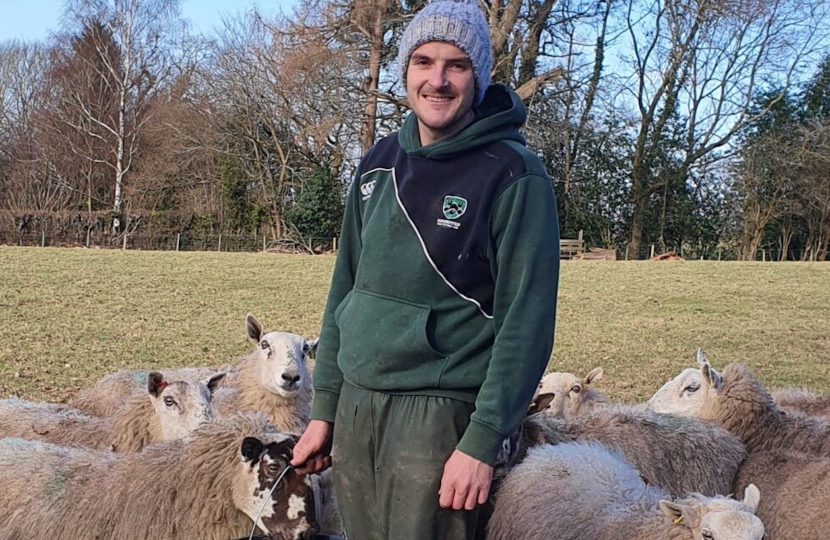 Last month, the Labour Welsh Government – propped up by the Brecon and Radnorshire Lib Dems – announced the introduction of a nitrate vulnerable zone (NVZ) across Wales despite promising farmers it would not do so during the pandemic.   Farmers across the country have reacted furiously and accused the Welsh Government of a ‘betrayal’ and Welsh Conservatives have called for the decision to be reversed.

James Evans, Conservative Senedd Candidate said “One agricultural pollution incident is one to many and farmers must do as much as possible to stop agricultural pollution. However, The Welsh Labour Government’s decision – supported by the Lib Dems – to implement NVZs across Wales is a real kick in the teeth for our farmers.  This shows farmers that you cannot trust either the Lib Dems or Labour when it comes to protecting agriculture across Brecon & Radnorshire. The legislation is using a sledge hammer to crack a nut and there should be a more targeted approach to addressing pollution incidents in Wales”

Members of the Welsh Conservative Senedd Group questioned the data and science behind this radical implementation, when there has been a 28% reduction in incidents over the past three years, where some parts of Wales have had no breaches at all and using the ‘sledgehammer to crack a nut’ approach.  The £11.5million funding allocated to help farmers adapt is grossly inadequate with estimates that this would only be enough to cover farmers on Anglesey let alone the whole of Wales.  They highlighted unintended consequences such as an extremely narrow time in which slurry could be spread on fields.  This limited timeframe would be dependent on weather conditions and mean that every Farmer in Wales is potentially muck spreading at exactly the same time which would then cause huge spikes in land and water nitrate levels.

James Evans, Conservative Senedd Candidate for Brecon & Radnorshire said “If elected on May 6th, I want to scrap these plans immediately and work with Farmers to find solutions to address nitrate levels”.