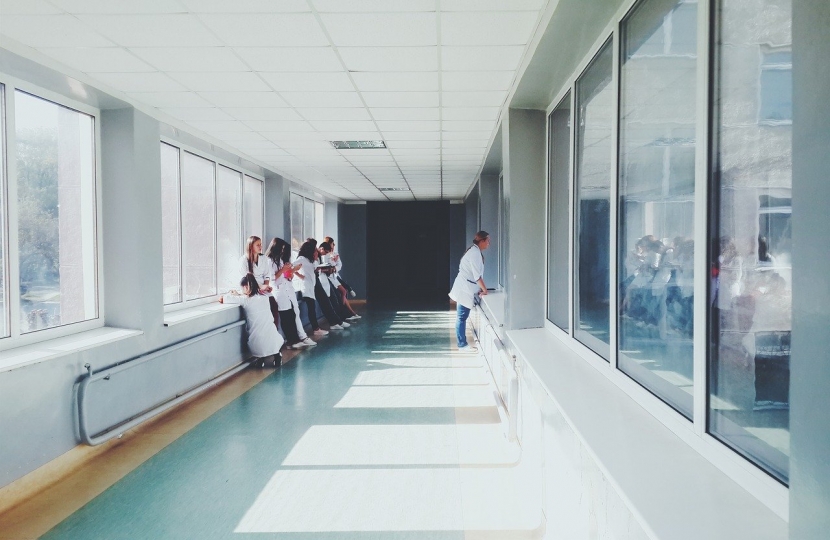 MacMillan Cancer Support has reported 3,500 missing patients from cancer services, and that the National Cancer Clinical Director for Wales said cancer services would have to run at 120-130% of capacity to catch up.  England and Scotland have a Cancer Recovery Plan – yet the Welsh Labour Government sdoes not yet have a plan.

Waiting lists have grown during the pandemic with cancellations to some non-urgent treatment.  Chris Jones, Deputy Chief Medical Officer for Wales said “there are huge backlogs for surgery, orthopaedic surgery and other types of surgery, endoscopy procedures…and these have to be cleared but it will be a mammoth task and it will take a considerable period of time”.   Hip and knee operations are where the numbers waiting the longest are greatest.  There are more than 80,340 people waiting for treatment to start with nearly two thirds facing a wait above 36 weeks.

James Evans, Conservative Senedd Candidate for Brecon & Radnorshire said “I have been contacted by a lady waiting over two years for a hip operation.  She has now been told it is likely to be at least another eighteen months away, despite being in considerable pain with it, limiting her mobility and putting her on long term pain relief medication with all the side effects that brings.  There are many other residents of Brecon & Radnorshire facing similar delays for orthopaedic surgery, deteriorating day by day and putting their long term health at risk through having to continually use strong painkillers to get through every day”.

James says “It is a public health emergency but Labour Ministers have said it would be “foolish” to have a plan. I disagree and the Welsh Conservatives will implement a recovery plan to tackle a backlog that is putting lives at risk.  We need to bring more non-urgent treatment into Brecon & Radnorshire if we are to make a positive impact on the waiting lists and utilise our great community hospitals for out patient appointments, minor procedures and day operations.”

The Labour and Liberal supported Welsh Government have proven they can’t be trusted to manage our NHS, removing services and neglecting rural Wales. Before the pandemic waiting times were spiralling out of control.