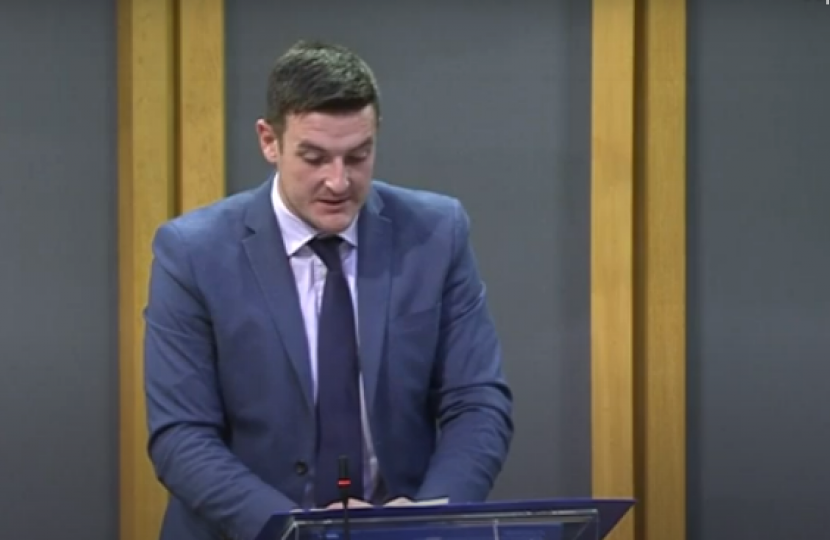 James Evans MS spoke in the Senedd today, to call for urgent action to tackle our ambulance waiting times.  James cited the example of a 92 year old woman in Brecon & Radnorshire, with a suspected hip fracture.  Her ambulance was called at 4pm. She remained in considerable pain, unable to move, travel by car, eat, or drink. But the ambulance did not arrive until the next morning because there were no ambulances across the entire constituency.  This example is just one of many right across Wales.  We need urgent action now.

Paramedics work incredibly hard and deserve recognition of their dedication in such challenging circumstances. However, the level of mismanagement from the Welsh Government is exacerbating what was already a postcode lottery into the “wild west” where grabbing a cab or hitching a ride is a better option than taking a punt on an ambulance.