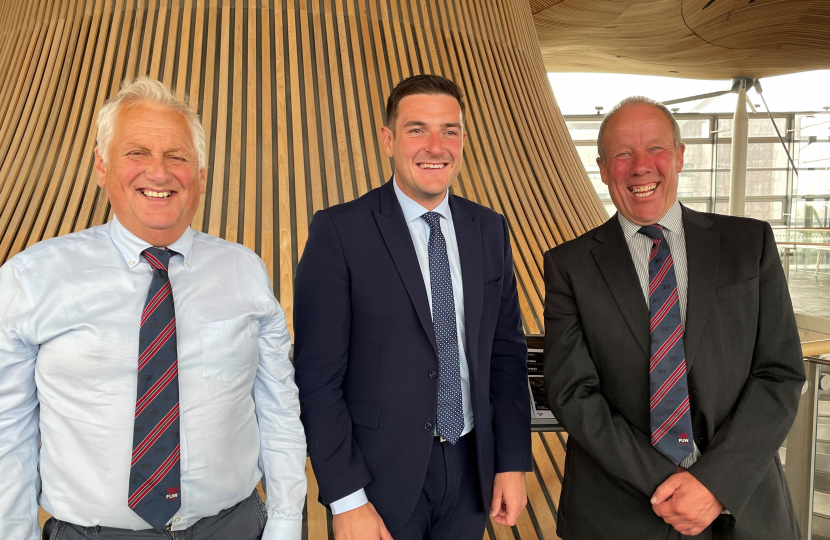 Brecon & Radnorshire’s James Evans has met with Farmers' Union of Wales representatives including President Glyn Roberts for a wide-ranging discussion.

The group met at the Senedd, where the start of a new term in the Welsh Parliament means a renewed focus on issues impacting farmers and rural communities in Mid Wales.

“It was great to meet Glyn and Ian. It’s so important for Senedd Members to hear from organisations representing our hardworking farmers.

“We had a productive discussion and there are many areas where we are in agreement.

“Lots will be happening over the next year, and I’m proud to stand up for farmers in Mid Wales.”