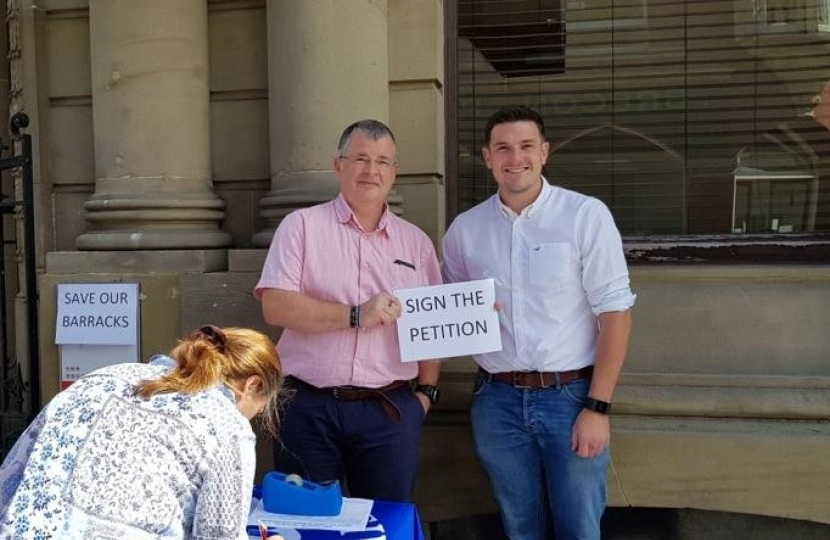 “It is amazing news that the Brecon Barracks will be staying open.

For five years now, myself, local activists and politicians have campaigned to keep the barracks open and this decision will mean that Brecon will remain the heart of the British Army in Wales, and long may it remain. so.

This is fantastic news. I am absolutely delighted that the Barracks have been saved.

“I am so glad that the Ministry of Defence agrees with me that the Barracks needs to stay. It is not only a huge part of our history, it is operationally crucial as well. The Army’s support during the Coronavirus pandemic in Wales has been organised from the Barracks; their crucial support has been invaluable to us all so recognising this by securing their future is essential.

“Since my election I have lobbied MOD ministers as well as the Deputy Prime Minister and the Prime Minister himself. In January, I was able to bring the Minister directly to Brecon to see the Barracks for himself. He later agreed that Army.

“HQ should stay in Brecon but I am so pleased they have gone further and committed to keeping the Barracks in Brecon open.”

This is fantastic news for Brecon! Many thanks to Fay Jones MP and James Evans MS for the hard work campaigning to keep the barracks open in recent years.

In addition to this good news;

- The Welsh Cavalry are going to be repatriated to Wales which is something the Cavalry wanted and have campaigned for, for a long time. They will be one of two units based at Caerwent (increase of 935 personnel by 2029) in Monmouthshire which will see a purpose built, environmentally friendly accommodation built to house the units.

- Investment: the announcement will see £320 million investment in Wales, will deliver £1billion of prosperity to the region.

- The strategy will also see the basing of a Reserve Unit in North Wales, Wrexham which will increase the Military footprint in the region which has historically had a more sparse presence.

- The strategy will also provide more of a direct role for the reserves in Wales through homeland resilience.

- The closure of Cawdor Barracks in Pembrokeshire will be delayed from 2024 until 2028.

- The Royal Welsh will be getting the new boxer vehicle.