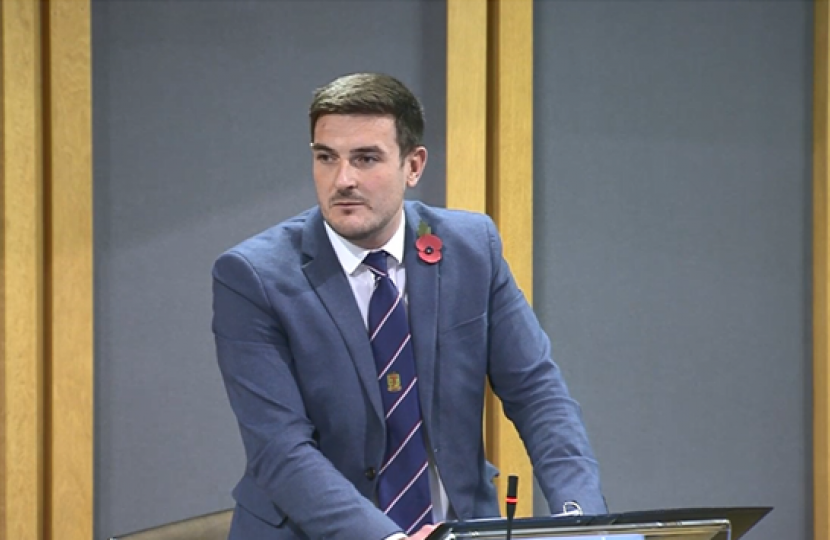 In the Senedd this week, Brecon & Radnorshire MS James Evans paid tribute to the men and women of the British military who have served their nation.

A cross-party debate gave Senedd Members the chance to speak about the sacrifices made by the forces down the generations, with James Evans emphasising the historic links between Brecon & Radnorshire and the military.

Evans also commended the work of the Royal British Legion and the support they give to veterans.

“Brecon and Radnor is steeped in military history, and I'm proud to represent the home of the British army in Brecon. My constituency not only is the spiritual home of the army in Wales, but it also plays an ongoing role in the defence of the nation.

“I wear my poppy with pride as a symbol of commemoration for those who have fought and died for our nation, and also for those men and women from Brecon and Radnor and beyond in today's armed forces who serve so honourably - so that we can all go to bed and sleep safe at night.”