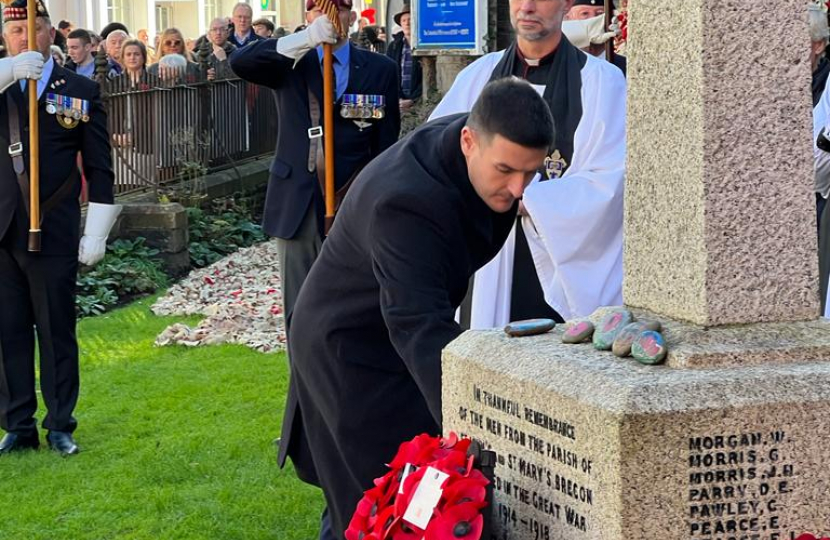 Evans laid wreaths at war memorials in both locations with Fay Jones MP. The events were very well attended, as locals turned out in large numbers to pay tribute to those who have laid down their lives for their country.

Last week, Evans gave a speech to the Welsh Parliament paying tribute to members of the armed forces from Mid Wales and beyond.

“It was an honour to lay wreaths in Hay and Brecon for Remembrance Sunday, in honour of all our servicemen and women who have made the ultimate sacrifice.

“I’d also like to commend those groups and individuals across Brecon & Radnorshire who did such an excellent job organising commemoration events.”