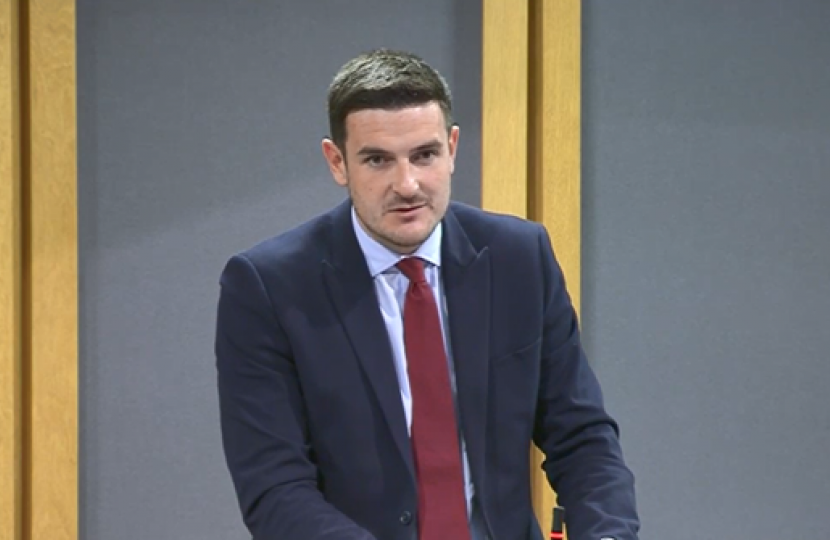 Brecon and Radnorshire’s James Evans has called for improvements to stroke provision in Powys during a Senedd debate.

This included repeating his calls for an acute stroke unit in Brecon and Radnorshire, which would mean shorter travelling times for people having strokes in the area and a better chance of improved outcomes.

He also joined fellow Welsh Conservatives in calling for a review into whether strokes should be re-categorised as red alerts for ambulances, instead of their current amber level.

“A total of 150 people in Powys were admitted to hospital in England following a stroke in 2021-22. Think of the difference that it could've made to those people if they could've been treated closer to home.

“For a long time, I've been calling for an acute stroke unit within Brecon and Radnorshire, to ensure that people get timely treatment in our communities - a massive boost to the people who are desperately in need of modern and effective stroke provision.

“I’d also like to see a review into the benefits and the challenges of re-categorising strokes as red calls instead of amber, which would mean people suffering strokes are given a higher priority.”