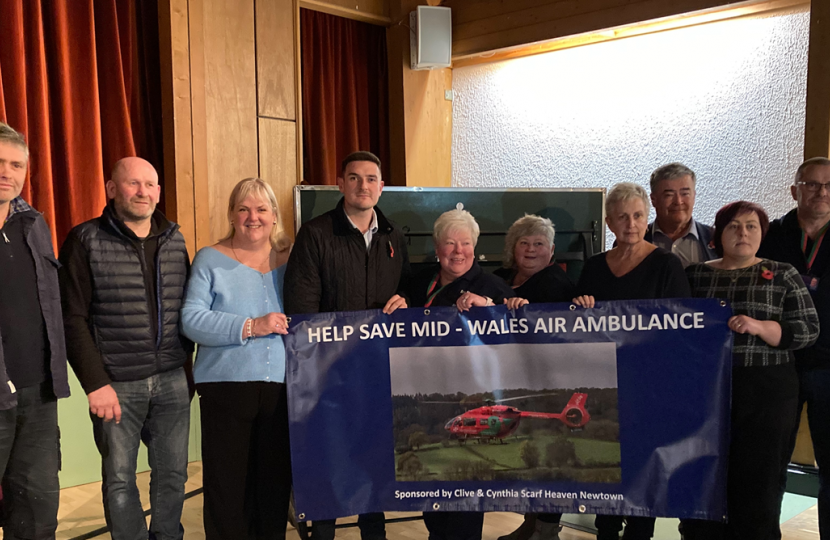 James Evans MS has addressed a public meeting in Knighton organised by the Save Wales Air Ambulance campaign.

The event was attended by campaigners, members of the public and local councillors. Evans spoke about the importance of keeping the Air Ambulance in Mid Wales and the terrible impact a move away would have on people in Powys.

Evans also attended a meeting with Stephen Harrhy, Chief Ambulance Service Commissioner, expressing concerns about the proposals and asking for clarity about the consequences of a potential move.

“Keeping the Welsh Air Ambulance in Mid Wales is of the utmost importance for our area.

“People here rely on the Air Ambulance. It is literally a lifeline for people - especially considering the regular ambulance response times are so poor.

“I’m proud to campaign for the retention of the Air Ambulance base in Welshpool alongside my Welsh Conservative colleagues.”